THE LAW OF ATTRACTION

The Secret to a Life of Abundance: Using Magick and the Law of Attraction to Create Wealth 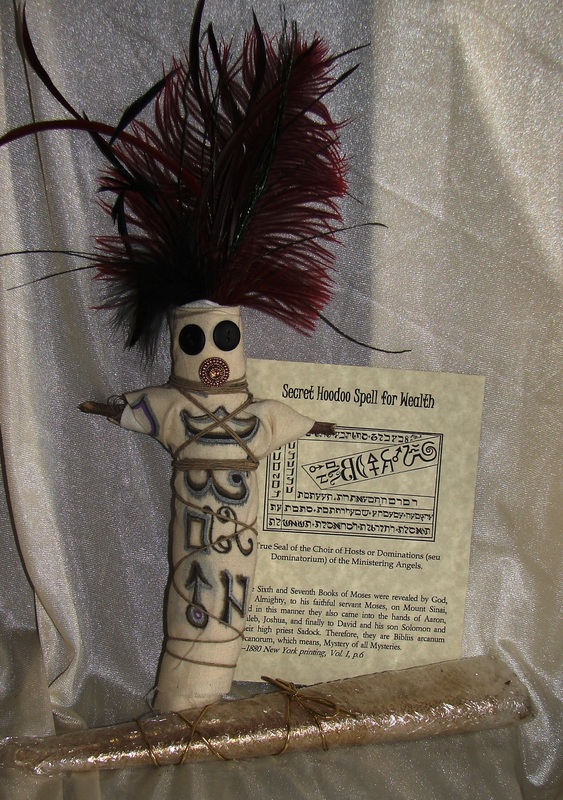 It seems that one of the most pressing concerns to many people is how to make ends meet. Every week I get emails from folks wanting to know money spells and the secret to gaining prosperity and wealth. The truth is, we all have a lot more power to change our situation than we realize. However, we tend to get conditioned to a particular state of being; we get used to struggling, we get used to things going wrong, and we settle for a life that is less than we want or deserve.

I want to share with you a secret to a life of abundance. Many of you have no doubt heard of what I am about to share, but still find yourselves in the same predicament that you were in before learning about the secret. Why is this? Why have you become so complacent?

The secret is based on the law of attraction (I always get a kick out of the fact that the acronym is LOA = Voodoo Spirits). The law of attraction is based on a natural law that like attracts like. This includes how you think about things. Indeed, thoughts do become things. This is true according to the Law of Attraction, according to basic magick principles, as well as psychology.
This is what doing magic is about. Magic provides a means of focusing energy to make what we desire manifest. If you want to be a stronger, more powerful practitioner, you will embrace the LOA, because anyone, anywhere, can learn to make financial abundance a reality in their life.

What are you thinking about right now? The Law of Attraction states that "whatever we think about, we bring about". This law may initially seem like new age fluff but believe it or not, there are scientific merits to this proposition. The top quantum physicists of our time have discovered that our universe and our reality is very much directed by the "observer".
When studying quantum particles (the smallest observable unit of matter), these scientists discovered that such particles behave in accordance with the person conducting the experiment. If the scientists predict that quantum particles behave in a certain way, they do. And yet, if the scientists predict that quantum particles behave in another way, they do. It is the "observer" that dictates the outcome of the experiment!
What does all this mean for us magical practitioners? Well actually, these scientific experiments have far reaching implications for us as our world is made up of these same quantum particles! In this case, we are the observer, the director and the creator of our reality, our world and our experience. We literally conjure our own worlds with the thoughts that we think.
So, be careful of what you think about! For example, have your thoughts ever begun with the following phrases?

If you understand this principle, here are some examples of how to make the law of attraction work to support you rather than to act against you. Try observing your thoughts and changing your thinking in the following way:


Now that we have a better understanding of the Law of Attraction, it is not hard to see why so many people struggle with regards to money. It has been said that "the rich get richer while the poor get poorer." This is actually the Law of Attraction in action. Because the wealthy have money, they often think about how to best use their money and hence, they attract more money. The poor, on the other hand, often think about their present lack of money and unfortunately, that also attracts lack into their lives. Currently, 96% of the world's wealth is being earned by just 1% of the population! That's just insane when you think about it.

This is why using charms, mojo, gris gris and doing prosperity work is so important for magickal practitioners. It helps us keep our minds focused on drawing abundance and prosperity, as opposed to focusing on our lack of abundance. If we don't have the right mindset, we won't attract what we need. Instead we just stay stuck where we are, or dig ourselves deeper into a hole of desperation and hopelessness. There are terms we use in psychology  for this unproductive mindset:  learned helplessness and self-defeating behavior.

More Articles about the Law of Attraction