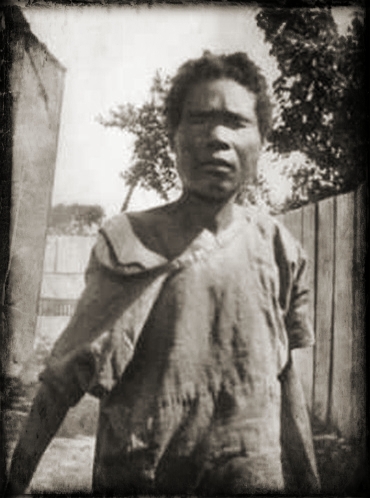 The island of Haiti located in the Caribbean Sea attracts tourists for many reasons. Perhaps the beliefs and cultural institutions of the Haitian people are of greater interest to visitors than the charm of the physical aspects of the country. Tourists believe that they will be able to see Zombis roaming through the villages and watch the people perform superhuman feats during what are called the vodu dances.

Haiti has often been called the vodu or mysterious island. Many people believe that there are to be found some unusual facts which modern science has not yet been able to explain: for example, the phenomenon of magic and the existence of Zombis.

In Dahomey, West Africa, the word vodu refers to both the worshipping of the spirits and the, spirits themselves. In Haiti, the term vodu has the same meaning. In worshipping the vodus the Haitian peasants pay their tribute to those supernatural beings who are the source of good and bad, life and death, disease and health. Those spirits live in the woods,. lakes, rivers, and every corner of the earth. They are the intermediaries between God and his creatures. God is too far away to take care of us ; he has therefore conferred power upon those spirits to guide us, to give us the spiritual assistance which we want in our everyday life.

Very often it is through the phenomenon of possession that a spirit manifests itself to the devotees during the ceremonies held in the cult-house. Every peasant has a cult-house or an altar in his own home. The ceremonies are performed according to the religious needs of each follower. He consults a priest or houngan, paying a certain amount of money to the latter. The group is then gathered and the appropriate service takes place.

It is a very serious matter for the Haitian peasant, who sometimes spends more money in the worship of his gods than he does for the necessities of life.

The peasant himself distinguishes between vodu and Zombi. The term Zombi means different things (1) when a person who has never been possessed 12y a spirit, a vodu, dies, his soul cannot go to heaven; it wanders on the earth; Heaven is not opened to this kind of soul; (2) when a farmer is successful in his business, that means he is thought to have many Zombis working for him.

As a government medical oiflcer and psychiatrist, I have had occasion to handle many patients who, for some reason, were considered to be mysterious human beings.

The theory on which the belief in Zombis is based is that some Haitian medicine men (Nganga) have the power to bring dead and buried people back to life again. These resurrected human beings are the Zombis, the living dead. It is also believed that during the night some people have the power to fly through the air with a big red flame under their arms: these are the werewolves. In the vodu dances, the Haitian peasants become furious and are supposed to be possessed of spirits. When one falls into this state, the medicine-man is said to be able to predict the incidence of catastrophe, birth, or death; to tell how a person can win immense fortunes; to describe what happens in his home when a man is away from his family, and many other things which a person may always have been eager to know. The medicine man is also supposed to have power over fate and to avert any ill fortune that the future holds in store for a victim.

Let me examine the assumption on which the belief is based.

In the remote areas of the country, the belief is prevalent that some rich peasants are fortunate in their undertakings because they are helped by mysterious beings who work on their farms; who go and steal money for them; who travel at a fantastic speed faster than automobiles, and who fly through the air as planes do. These are supposed to be former dead men and women who were brought back to life through the application of some potent drugs (Wanga).

The Zombis are supposed to eat no salt. If they do, they become conscious of the state of their abnormal existence and are therefore likely to desert their masters. Originally these beliefs came from Africa.

I have never met anyone in Haiti who was able to testify to me that he had seen a Zombi. However, I used to hear occasionally that a Zombi was living in a village. In two instances, I discovered afterwards that the hapless persons who were thought to be Zombis were, in fact, insane wanderers who could not identify themselves nor give any information with regard to their past life or their present condition.

The unusual circumstances under which they appeared in the village, their queer behaviour and their unintelligible manner of speech, induced the people, whose minds were already conditioned to superstition, to believe that Zombis were in town.

The following is an account of a specific case which illustrates the observation I have just made.

Early in the morning of 24 October, 1936, in the village of Ennery located in the foothills of the Puylboreau mountains near Cap-Haitien, the entire population was aroused into a tumultuous and frenzied consternation when a woman appeared in the streets clad in ragged clothes. She was old, feeble, and stupefied. Her skin was pale and wrinkled and looked like the scales of a fish.

From all appearances, she had been suffering from eye disease for a long time. Her eye-lashes had almost fallen out ;. she could not bear the glare of sunlight and, to protect her eyes, she had covered her face with a dark dirty rag. This added to the curiosity and superstitious awe of the people.

A mass hysteria swept through the entire village. Crowds gathered around to see that strange woman. People began to ask questions, to cast suspicions, and to try to identify her with various people who were known to be dead long ago.

One of the families living near Ennery, known as the Mentors, noticed that she bore a close resemblance to one of their members. From that day onward people began to call the strange woman by the name of Felicia Felix Mentor. The Mentors took her to their family home, fed her, and gave her comfortable quarters.

She remained in the Mentor's home for a few days until the people removed her to a government hospital. She was in the hospital when, a few weeks after, I was sent from the Public Health Department to make an official study of the strange case which by that time was known all over Haiti.

Felicia Felix Mentor, the alleged Zombi under discussion, was not able to give me any information about her name, her age, her birthplace, where she had been previously, where she was going, and how she happened to be in the hospital. All her answers were unintelligible and irrelevant.

Her occasional outbursts of laughter were devoid of emotion, and very frequently she spoke of herself in either the first or the third person without any sense of discrimination. She had lost all sense of time and was quite indifferent to the world of things around her.

The evidence which induced the Mentors at first to believe that the strange woman was the member of their family who died long ago became untenable in the light of a scientific study of the case.

At first they had based their belief on the fact that the woman was lame. Before the real Felicia Felix Mentor died, she was lame as a result of a fracture of her left leg.

Her physical appearance and lameness in addition to the deep belief in the country that sometimes the dead come back to life, induced the Mentors to believe that the strange woman was indeed their late sister Felicia.

I made an X-ray examination of both legs at the Central Hospital in Port-au-Prince. There was no evidence of a fracture and the lameness could therefore be attributed to muscular weakness due to undernourishment. This may be said to be the cause since, after she had a normal diet for two months, the lameness disappeared. She also gained weight.

This is evidently a case of schizophrenia and gives us an idea of how cases of similar nature are likely to arouse mass hysteria in a culture where the common people do not usually understand the scientific basis of many natural events which occur in their daily, life.

The case under discussion was reported by Miss Zora Neale Hurston in her book Tell My Horse, in which she stated emphatically ` I know that there are Zombis in `Haiti. People have been called back. from the dead.' This American writer stated specifically that she came back from Haiti with no doubt in regard to popular belief of the Zombi pseudo-science.

In her book, the author described the Felicia Felix Mentor incident as a typical case of a Zombi. Evidently she got her information from the simple village folk, whose minds were conditioned to believing the real existence of a superhuman phenomenon. Miss Hurston herself, unfortunately, did not go beyond the mass hysteria to verify her information, nor in any way attempt to make a scientific explanation of the case.

Evidences from European and other cultures could be found, where whole communities have been aroused into a mass hysteria as a result of the unexpected appearance of queer persons. Such appearances very often rekindled the dying embers of archaic super-stitious beliefs that were deeply rooted in the traditional culture of a people.

Perhaps extension of the province of psychiatry from a study of the individual to a study of the collective behaviour of man may yet reveal to us some of the basic principles underlying the social problems of our time. Certainly, social psychiatry stands a good chance of exploding the Zombi-psychology of the untutored Haitian peasant, as well as any similar beliefs entertained in other cultures.

Dr, Mars is a Professor of Psychiatry at the School of Medicine and of Social Psychology at the Institute of Ethnology, Port-au-Prince, in the Republic of Haiti, a Member of the Societe Medico-Psychologique of Paris, a Government Public Health Officer now visiting the United States on leave of absence, and at present a Guest-Professor of Social Psychiatry at Fisk University, Nashville, Tennessee. 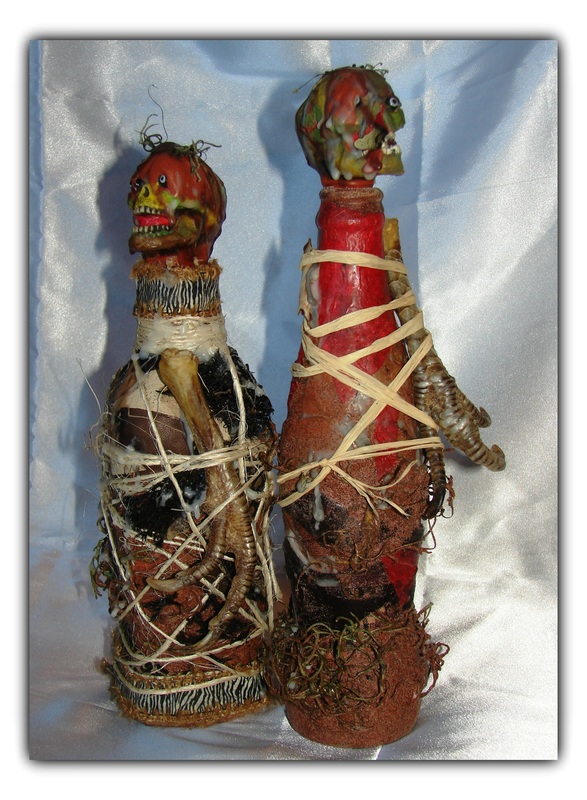